After our experience with Jenkins from Phase I we decided to use try a more suitable system for deployment and configuration management. We wrote a set of Ansible scripts for both Master Portal and Delegation Server used in the RCAuth.eu setup. Execute these deployment scripts following the guide.

In case you are looking for a guide to build either Master Portal or Delegation Server, check out our building from source guide. 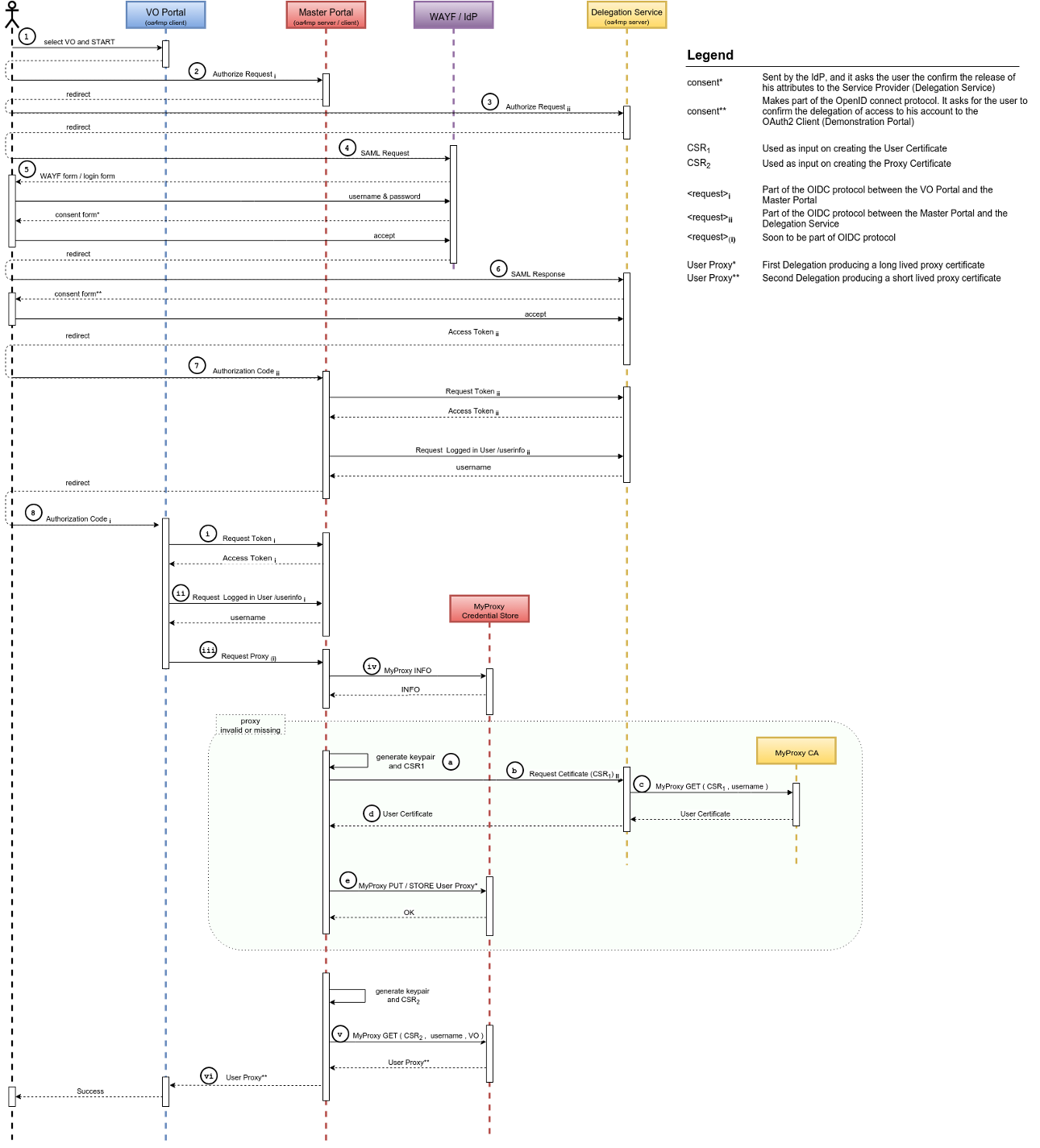 RCauth.eu is a white-label Research and Collaboration Authentication CA Service for Europe. For more detailed information about it including policies and sustainability models please refer to RCauth.eu website.

The flow of this setup is equivalent to the flow described before, with a small difference between steps 4 and 5. Since RCauth.eu is using its own WAYF (IdP/SP Proxy) there will be an additional redirect between steps 4 and 5 that will take care of redirecting the user to his selected RI (Research Infrastructure) or IdP for authentication. From the point of view of the flow this additional redirect can be automated by using an IdP hint. An IdP hint, containing a entity ID of the home IdP of the user, can be sent by the Service Provider Portal (Science Gateway) upon first contacting the Master Portal for a proxy. The IdP hint is sent along to the WAYF (IdP/SP Proxy) which will verify it to be a valid authentication source, and automatically redirect the user to his preferred IdP. This hides some of the complexities of the setup from the user, since he is no longer required to choose his home IdP in case he is already authenticated at the Service Provider Portal (Science Gateway). This functionality completely relies on the cooperation of the Service Provider Portal (Science Gateway), who is responsible of constructing and sending a valid IdP hint for its users in the first place.

Note! Although this setup is fully compatible with PUSPs, RCauth.eu is only producing end entity certificates (EEC).

We distinguish three different type of credentials in our setup: